What Is Data Loss?

Data loss is generally characterized by one or more of the following:

Among other causes, data loss can be attributed to system or human error, adverse environmental conditions and device failure:

As they are often carried about and exposed to different environmental factors such as heat, water and dust, laptop and notebook computers are far more likely to experience data loss than their office desktop counterparts. Their portability makes these sophisticated and essential in-the-field devices prime candidates for data loss.

Mechanical and electrical failure, software corruption and human error all play a role in data loss. Here are some of the most often noted data loss symptoms and data accessibility problems:

You may not know this, but the hard disk drive embedded in your laptop is not necessarily by the same manufacturer as the laptop. Seagate Recovery Services recovers data from all notebook and laptop brands, models and interfaces – that is, from all types of hard disk drives from all manufacturers including Western Digital, Seagate, Toshiba, Fujitsu, Hitachi and Samsung.

Mission-critical data is often stored in SQL Server, Oracle, Sybase, Exchange Server, Access and other databases that are maintained on networked fileservers. Relational and object-oriented database management technologies are fundamental to modern IT systems, often underpinning the lifeblood applications run by the entire corporation.

Individual media in database servers suffer from the same failure points as disk drives in personal computers and workstations. Experienced system administrators and database administrators know that a relational or object-oriented database environment is fragile unless supported by a comprehensive and well-tested backup plan.

Unfortunately, it is all too common for devices to become corrupt beyond the scope of routine recovery methods:

SRS can also make inaccessible data accessible again for all xbase products such as dBase, FoxPro Productivity Applications Microsoft Office (including all versions of Word, Excel and Powerpoint Mail Server and Client Applications), Microsoft Exchange and Outlook Applications, and email systems conforming to the UNIX mbox format, such as Eudora and Netscape.

Today, servers are the backbone of modern business. They store the data that enables day-to-day operations. Despite the fact that businesses take the necessary measures to protect their valuable information, not all of the protection measures and redundancy can prevent the unpredictable. Individual media in stored in servers suffer from the same failure points as do drives in personal computers and workstations. Additionally, the increased complexity of modern server storage systems creates more data loss situations, such as:

Because servers are utilized for mission-critical operations, customers usually need to get their data back quickly and securely. SRS’ offerings include options for priority handling, on-site data recovery, critical 24/7 service, as well as remote data recovery and special customized solutions. Our goal is to get client’s data back as quick as possible and in the most accommodating way.

Seagate Recovery Services is going virtual and offers the full spectrum of data recovery options for VMware (ESX/ESXi and vSphere), Microsoft (Hyper-V), and other hypervisor systems.

The virtual environment adds two more levels* of abstraction that increases complexity of recovery by adding failure points on Hypervisor and VM levels: 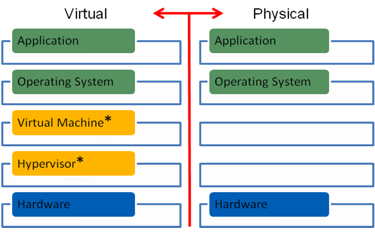 We can help you to recover lost data from the following scenarios:

Server and personal-computer tape backup systems utilizing mm DAT, Travan, Exabyte 8mm, LTO and the various QIC formats are popular and necessary to safeguard your data. However, when these tapes fail, the situation is normally catastrophic, as these tapes were often the only remaining repository of the data. Quite often customers may no longer posses original tape hardware or software to restore from legacy environments.

Fire, smoke, water and even dropping the tape cartridge may damage the media, resulting in data loss. Internal mechanism failure and exposure to extreme temperatures, as well as logical read/write errors on a tape’s file may also result in data loss. Due to the nature of the tape solution, they are designed to withstand time to store archives. Some media if stored incorrectly or stored longer than the life span of the media may degrade causing data loss.

Here are some typical causes of tape failure:

Popular backup software–such as EMC, Networker, CA BrightStore (ArcServe) plus the UNIX tar and cpio utilities (and many more)–all use different internal formats. SRS programmers are expertly trained to understand and extract data any type of tape media, regardless of format. SRS recovers data from these tape media formats and manufacturers, among others:

Get all latest content delivered to your email a few times a month.